EuroCity’s Carrara, ‘the tallest building in Gibraltar’, tops out at 21 storeys tall, with uninterrupted views of the Rock and the Strait.

Media were invited to the roof of ‘Carrara’, as it is the first of three towers to celebrate its structural completion.

Developers told the Chronicle the Carrara building is currently the tallest in Gibraltar, but will be overtaken in six weeks time by its sister building Murano.

Stood at the top of the new building was its developer Evgeny Cherepakhov, founder of Bentley Investments, together one of his directors, head of marketing Anna Cherepakhova and CEO of Chestertons Mike Nicholls.

“Honestly this is such a moment of pride,” said Ms Cherepakhova.

“This is incredible. We had such a vision for this project that it was going to combine the best of resort style living.”

“You have pools, gardens, concierge facilities, a gym with all the amenities and conveniences you would have in a city and I think we are managing to achieve that.”

“It is a really proud day for us.” 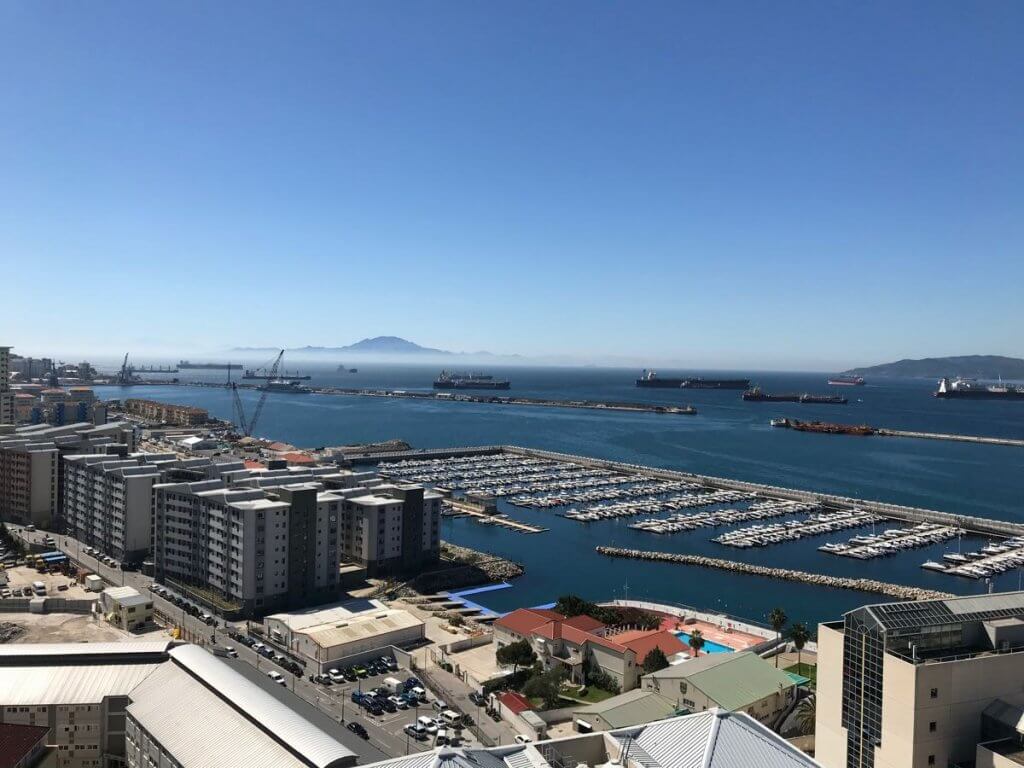 Carrara is one of the three buildings, the others being Murano and Porcelana, that are named after some of the finest materials in the world, according to the developer.

Carrara marble comes from Italy and while popular in developments it has also been used in famous sculptures such as Michelangelo’s David.

“Every single building is modelled with the material in mind, so Carrara is being built with Carrara marble in all the lobbies and public areas,” said Ms Cherepakhova.

“All the designs or elements on each floor will also be Carrara marble. The same goes for Murano and Porcelana so you have this interior design element throughout and it is very consistent.”

Murano will be 22 floors and it is expected that will top out in approximately six weeks, with Porcelana at 18 floors also expected to top out at the same time.

Topping out is the completion of the superstructure which means the outside of the building has essentially been built.

This means, there are no more bricks or concrete to be laid.

The next stage is the fitting out of the building, where the interior design and all elements like doors, toilets, panelling is installed.

“We are due for completion and we are running on time for that the end of December 2022, so we are looking at about a year and a half from now,” said Ms Cherepakhova.

“It moves very quickly from here. That is the thing with construction nobody sees the amount of work that goes in before the building goes up and the majority of the time consuming stuff is behind us now.”

“December 2022 hopefully means that the shops are open, the offices are working, everyone has got their bed spreads on and Christmas trees up ready to enjoy.”

She describes the selling of the apartments as “remarkable” as they managed to sell 200 units out of 366 in the space of 12 weeks.

“200 was the amount of apartments we needed to sell so we were essentially sold out within 12 weeks,” she said.

“But we are seeing a huge demand for the project so now looking towards completion we are thinking of releasing another round of apartments to a select few buyers that would be interested.”

Porcelana has been retained by the developer and is not included in the number of units that have been sold.

Ms Cherepakhova took a moment to thank everyone who has got the project to where it is today.

“A big thank you to our team whose hard work and dedication essentially made this possible,” she said.

“To Sacyr who in very difficult circumstances last year managed to continue building and to keep on schedule, and to the Government of Gibraltar because they were very swift and efficient in dealing with the crisis of last year and that essentially allowed us to keep doing what we are doing and to stay on schedule which means a lot in the construction business.”

“Time is money and it is a very difficult process to pause.” 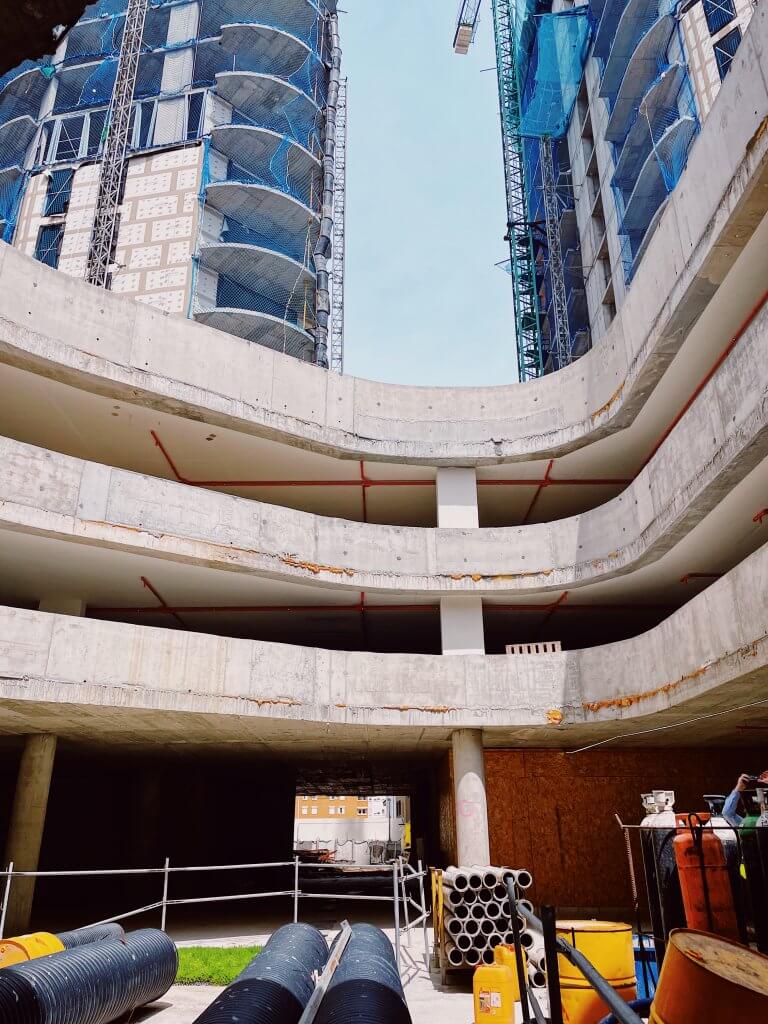 Mr Nicholls said that the development was very important as “the Gibraltar property market needs the stock.”

“The market is absorbing everything that is thrown at it,” he said.

The demand is predominantly for residential properties.

“Whether is it Covid, Brexit, tax treaty or Schengen each one of those has pushed demand up and as you get closer to the reality of Schengen then we think demand will go further,” he said.

“So, the demand is there now for residential and once they are here that will drive further demand for ancillary services like the shops and cafes what have you.”

“I don’t think the demand is huge at the moment for commercial or retail but the more people that come to Gibraltar by definition the more coffee shops, laundries etc we need.”